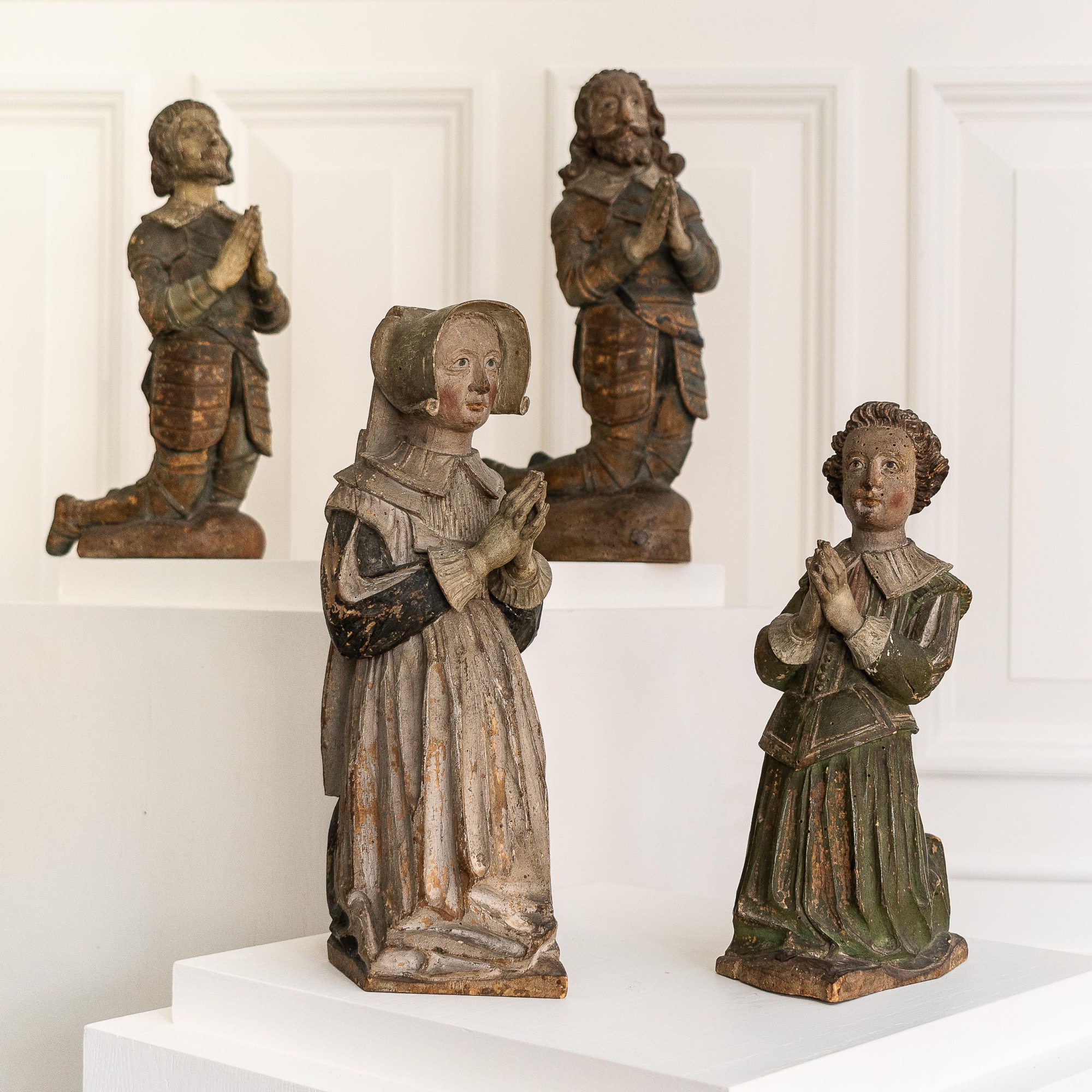 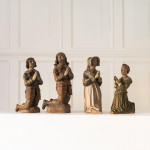 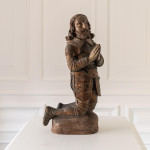 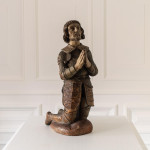 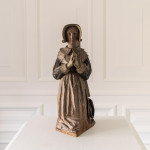 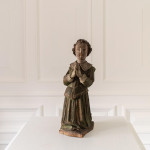 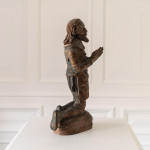 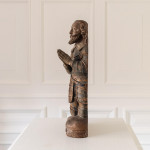 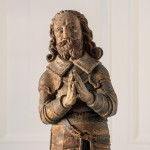 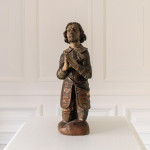 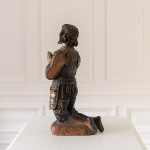 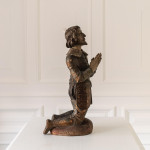 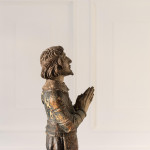 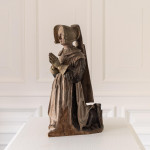 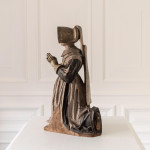 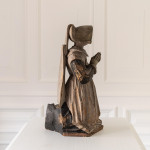 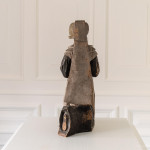 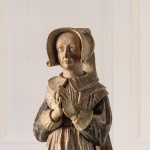 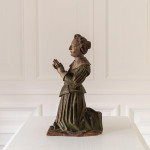 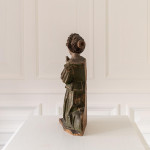 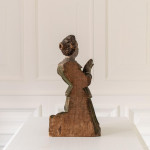 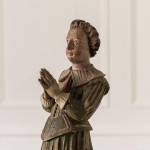 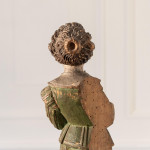 Each naturalistically modelled and sensitively decorated in a muted palette, designed in the manner of 'pleurants' or 'weepers' with eyes raised upwards and steepled hands, the father with long curling hair, beard and moustache, wearing armour, the son similarly dressed with short fringed hair, the mother with a stiff funnel hood having a long train, the daughter bare-headed with hair tied in a bun. Height shown is for father figure.
Provenance: Jonathan Horne Collection.
A wonderful family group of figures in the manner of 'mourning' figures or 'weepers' found on tombs all over the UK, for example the Tanfield monument, Church of St John the Baptist, Burford, Oxfordshire; the Sir Henry Poole monument in St Kenelm's Church, Sapperton, Gloucestershire and the tomb of Richard Kingsmill, Church of St Michael Archangel, Highclere, Hampshire.

Typically small 'mourners' were arranged in family groups, often with the male children ranged in age/size behind the father figure, the female children likewise behind the mother figure, in various positions along the sides, the head and the foot of the tomb. Sometimes free-standing, but also often in relief, when applied to the sides of the tomb, the figure is flattened on one side, becoming anything from three-quarters to half-section, depending on the attitude of the 'mourner' depicted.

The figures were derived from the earlier 'pleurants' or 'weepers', popular in the 14th and 15th centuries all over Western Europe. These were placed around the sides of tombs to represent anonymous mourners, however in the UK by the late 16th century they usually depicted the family, particularly the progeny of the deceased.

What makes this group particularly special, and so very rare, is the use of limewood, instead of traditional marble, alabaster or stone. According to Alfred C. Fryer writing in 1908, this was an exceptionally rare occurrence for tomb figures of any kind in England. (Wooden Monumental Effigies in England and Wales', Archaeologia, 2nd see., 11 (1908-1909): 487-552.
In addition to Fryer's assertion of the unlikelihood of limewood as a medium of choice the vulnerability of wooden figures to destruction by both pests and humans makes their survival in such excellent condition particularly remarkable.
Despite extensive research only one other tomb of the period with painted carved wooden figures has been identified - the effigy of Sir John Oglander (d.1655) whose son George is commemorated with an identical small reclining effigy fitted into a niche above Sir John's full-size chest tomb, (St Mary the Virgin, Brading, Isle of Wight). Of course that isn't to say other examples aren't out there, and information about any others known would be most welcome.

These figures also differ notably from their stone counterparts in their dress, with a definite lack of the usual elaborate high status clothing with impossibly large ruffs, voluminous cloaks, proudly displayed Order of the Garter and so on. Their attire is particularly restrained and pared down for the period, almost Puritan in feel, with little to indicate wealth or position.
As the photographs show, they are not 'in the round', but have flat areas as if designed to go against a flat surface. Curiously, they differ from one another in cross section, so that the 'son' and the 'mother' are almost free-standing, whilst the 'daughter' is a good three-quarters and the 'father' very much half-section when viewed side on. This indicates that wherever they were placed, they were not all in a line together, but held different positions in relation to something else. Perhaps there were more figures originally which made more sense of their possible context? They certainly don't appear to have been cut down.