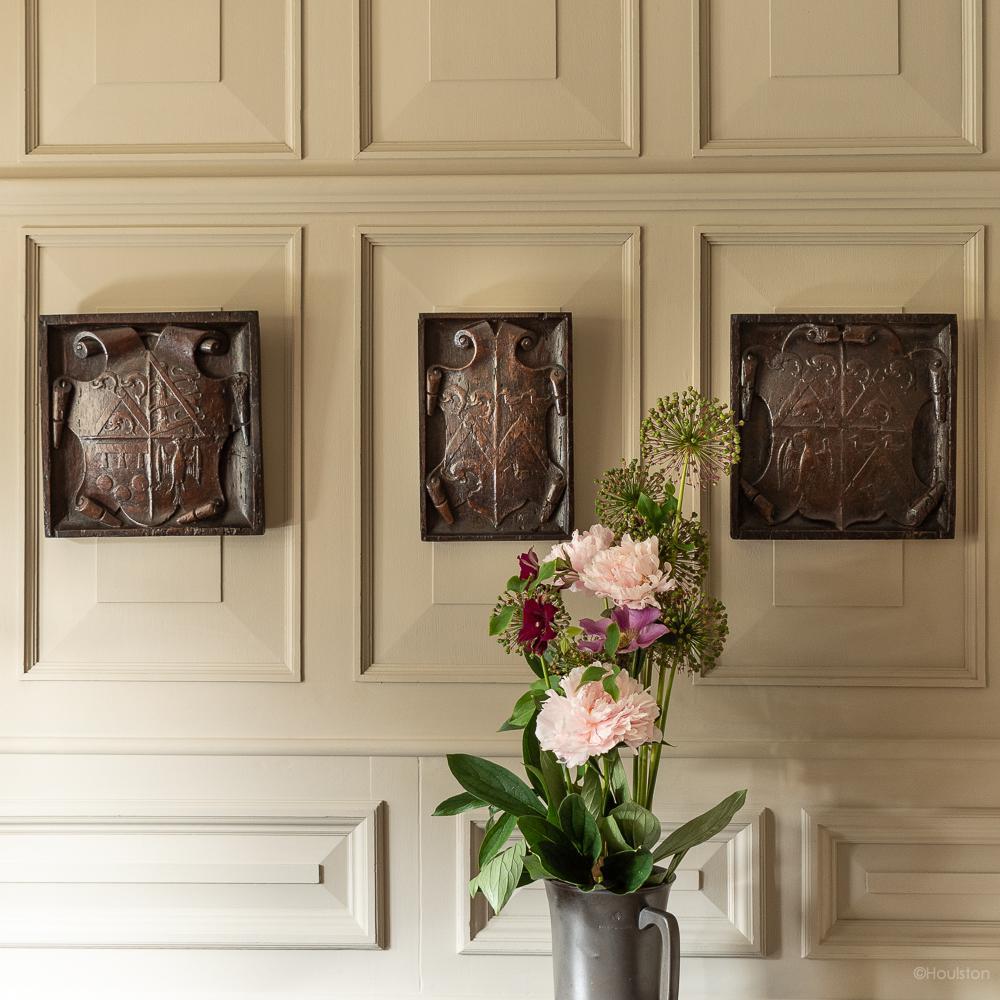 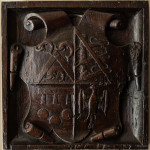 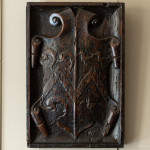 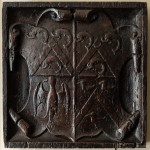 The panels pertain to the family of Kendall who were resident mainly in the County of Cornwall and the neighbouring County of Devon for many centuries. Two of the panels are designed with the marshalling of four quarterings, whilst the third panel denotes the marshalling of a marital coat showing on the dexter, the arms of the husband, and on the sinister, the arms of the wife.

Given that the arms of Kendall are differenced with a crescent upon the chevron, these panels more than likely were in the possession of the Kendalls, of Treworgy and Morval in the County of Cornwall or a cadet branch thereof. Sadly, there appears to be a dearth of readily available genealogical information concerning this branch of the family. However, what is known for certain is that a George Kendall recorded his arms (with the crescent), together with a five-generation pedigree in the Heralds' Visitation of the County of Devon in 1620.

On the impaled panel (marital panel 2) the three birds could well be naively carved moorhens, a pun upon the name 'Moore', a family that the Kendalls, of Treworgy and Morval married into on a couple of occasions. A Richard Kendall, of Kingsbridge, Co. Devon married a Katherine Moore/Moor, the daughter of (......?) Moore/Moor, of (......?), Co. Devon. Further Richard's grandson, George Kendall (living 1620), of Exeter, Co. Devon (his father being John Kendall, of Kingsbridge) married a Katherine Moore, the daughter of Robert Moore, of Exeter, aforesaid. Unfortunately, no dates for these two marriages are extant.

Panel 1:
Quarterly 1st Argent a chevron between three dolphins naiant and embowed sable [a crescent for difference] (for Kendall) 2nd Gules three lions passant guardant (......?) within a bordure (......?) all over a bend sinister (......?) (for Holland) 3rd Or three torteaux gules a label of three points
The craftsman has omitted in error the bordure and carved a 'bend' not a 'bend sinister'.