The Marital Arms of Selby and Meynell: A George II oak and polychrome painted wall panel, circa 1730-35 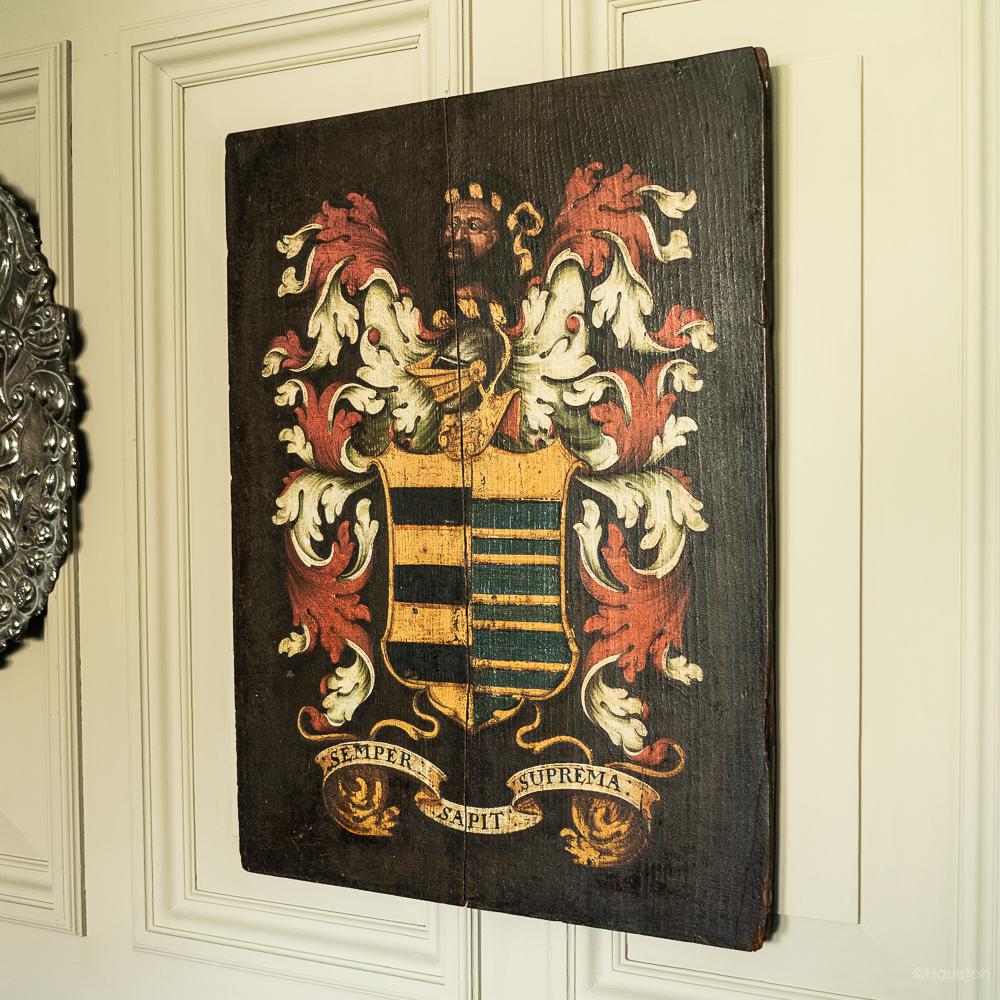 The Marital Arms of Selby and Meynell: A George II oak and polychrome painted wall panel, circa 1730-35

The armorial bearings as depicted are those of the family of Selby impaling Meynell and dates prior to 1745.

Arms: On the dexter a barry of eight sable and or (for Selby), and on the sinister azure three bars gemel and a chief or (for Maynell).

Crest: A Saracen's head proper wreathed about the temples or and sable (for Selby)

Motto: Sempre sapit suprema - he is always wise about the highest matters (for Selby)

The armorial commemorates the marriage of Thomas Selby (b.1711, d.1787), of Biddlestone, near Whittingham in the County of Northumberland and his first wife, Mary Meynell (b.1710, d.1745).  Thomas was the only son of Thomas William Selby, of Biddleston and his wife, Barbara Percehay, whilst Mary was the third daughter of Roger Meynell, of North Kilvington in the County of Yorkshire and his wife, Ann Charlton. After Mary's death, Thomas married Eleanor Tuite (b.1732, d.1809). She was the daughter and co-heiress of Nicholas Tuite, of Tuite's Town, Co. Westmeath.

The Selby family was anciently seated in Northumberland from at least the reign of King Henry III and were granted the Manor of Biddleston in 1272. The original manor house was built in 1415 and pulled down by Thomas and Eleanor's eldest son, Thomas (b.1753, d.1816) who replaced it with Biddlestone Hall in 1796. It is probable this panel was removed from a principal reception room in the ancient manor house at the time of its demolition in 1796. The family sold the hall and its surrounding estate to the Forestry Commission in 1914. Over the subsequent years it had many uses but finally fell into a state of disrepair and slow decay after the Second World War and was demolished in 1957. The only building still standing is the Grade II family chapel.

On view in the showroom at Tudor House, Sheep Street, Stow on the Wold, GL54 1AA